Kids and camps: research continues to make the case for summer learning 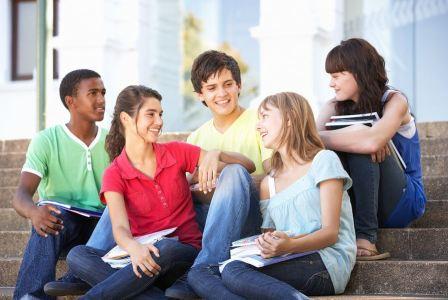 For many parents, summer is not a time to think about their children’s schooling: in fact, a 2010 study by the Wallace Foundation, a US-based national education nonprofit, shows that just 25% of school-age children participate in a summer learning programme. But studies and research underline that summer is actually a great time for kids to be in school – provided it’s a programme geared to their needs and interests.

The research shows that the ideal ‘summer as a break, a time where kids can abandon structure and engage in free play’ is often very different from the reality, as demonstrated by the facts on The National Summer Learning Association’s website. The Association quotes studies showing that kids are often under-stimulated and lack outlets for activity and exercise when they are left to their own devices in the summer.

One study found that most children – particularly children at a high risk of obesity – gain weight more rapidly when they are out of school during summer break. And parents report that summer is the season in which they find it most difficult to make sure their kids have productive things to do.

Then there’s the academic side of things. From the National Summer Learning Association’s site:

So it seems evident that letting kids idle about in the summertime months is not in their best interests … but what about selling them on the idea of “summer school”? Ron Fairchild, an education consultant and former director of the Johns Hopkins University Center of Summer Learning (now known as the National Summer Learning Association), told US News’ Jason Koebler:

“Typically, I try to avoid the term ‘summer school.’ It has such a negative connotation; it invokes a horrible image. No parent will brag about their kid going to summer school. People think it’s overly punitive, remedially focused, and it conjures up the image of kids lined up in rows of desks learning material they didn’t cover during the school year.”

He continued, “Many districts are doing away with that old notion of summer school. Increasingly we’re seeing schools teaming with other organisations to create programmes parents and kids want. Summer is a season that’s celebrated unlike any other. In popular media, in advertising, [and] in music, it’s associated with freedom. So the last thing you want to do is construct a programme or strategy that takes that away. We don’t want to be seen as the Grinches [who] stole summer vacation; we want kids to get outdoors and see the connection between doing the things they love and learning about those things.”

Now that sounds like fun! When thinking of summer programmes for particular kids, the trick is to figure out what they love and need, for example…

These are candidates for high performance summer programmes that will allow the kids to excel even more, such as the Hattiesburg Public School District’s iChallenge Academy which targets third- through seventh-graders who scored proficient or advanced on math and reading skills.

For kids showing an interest in science, math, engineering, and technology:

There are now STEM summer programmes for kids, which Eric Darr, provost and executive vice president of Harrisburg University of Science and Technology in Pennsylvania says “get students out of their desks and into the action.”

There are international language camps (for example, the new Berlitz International Camps and Junior Leadership Camps) for kids and teens to study foreign languages around the world while experiencing the culture of a different country.

For the locally curious:

Libraries, community centres, and other associations run camps all through the summer, and some offer need-based scholarships. This article provides examples of all the camps kids could go to in Brooklyn, New York – from dance and theatre to sports.

Kids’ participation in summer programmes has also been shown to not only avoid the learning losses referred to at the start of this article but to increase their aptitude for learning during the regular school year.

A Stanford University study focused on a group of eighth-, ninth-, and tenth-graders and found that their summer programmes instilled in them a “mastery orientation” that persisted after they returned to school in September. A mastery orientation is linked to high levels of motivation and engagement and to “learning for learning’s sake” as opposed to a “performance orientation” where kids learn for more external reasons (such as marks or to receive praise from others).

In whatever discussions agents have with parents and kids about summer programmes, any explorations of summer programme options are often best guided by the kids themselves. For as incredible as a good summer programme can be for instilling the love of learning in kids, a bad one – one that’s not run well or that is mismatched to the child or teen’s interests – can be off-putting.

If a child or teen is really not interested in a programme, you can do them and their parents a favour by suggesting other ways to make their summer productive, fun, and helpful for their college or university futures. Volunteering or otherwise contributing to their communities and/or good causes is one idea, and committing to a reading programme or other goal is another.