Earlier this month, we presented a round-up of news from Tanzania, Kenya, Mauritius and South Africa. Today we turn to Botswana, Sub-Saharan Africa and South Sudan for the latest from the great continent of Africa…

Botswana at the crossroads

Botswana is actively striving to deploy initiatives for its higher education system. As part of this endeavor, the country has started building a new big campus called Botswana International University of Science and Technology (BIUST), some 300 km outside the capital. It is set to become the nation’s second largest university, after the University of Botswana in the country’s capital, Gaborone.

Botswana has enroled close to 38,0000 students in its tertiary education system which has 5 university level institutions, 5 colleges of education, 4 technical colleges and 8 institutes of health. As part of the consolidation of its knowledge and skills capacity, it is now merging two institutions – the Tertiary Education Council and the Botswana Training Authority, the later tasked with promoting capacity of skills development.

The country has 13 colleges and 1 university that are privately owned. In 2010-11, the private institutions accounted 35 percent of the tertiary education enrolment.

The tertiary enrolment rate for Botswana is high. At 15% enrolment it is three times the average rate for the continent. The country is intending to raise the figure to 20% by 2016 when the country marks its 50th year of independence.

Botswana has accepted tertiary education as a critical driver in creating an “educated and informed nation” for economic diversification and global competitiveness. The government has made a strategic choice to replace diamonds and minerals with human skills as a more reliable and sustainable economic and social development strategy.

In addition to expanding and consolidating its tertiary education system, the country has also embarked on establishing a Botswana Education Hub. The Hub, coordinated by the Ministry of Education and Skills Development, is intended to make the country a preferred educational destination and a regional center of excellence in education, training and research that contributes to economic diversification and sustainable growth. The objectives of the Hub are to turn the country into a preferred destination for international students, education and training.

Read the full article on Inside Higher Ed here.

To better meet the rising demand for data, the UNESCO Institute for Statistics (UIS) works with regional partners to develop new indicators and data collections designed to support programme design and policy making to improve the quality of education. These specialised data collections enable participating countries to benchmark progress towards regional education goals by focusing on issues not covered by the regular UIS annual education survey.

In order to get a better picture of the challenges facing schools in sub-Saharan Africa, the UIS is working with the Pan African Institute of Education for Development (IPED) and the Association for the Development of Education in Africa (ADEA) to develop a regional data collection to monitor progress on education priorities articulated in the African Union’s Second Decade of Education.

Launched in 2011, 36 of 45 countries completed the first survey, shedding light on the teaching and learning environments in public schools in the region. In light of the positive response, the survey has been extended to all African countries.

View some of the key findings here. 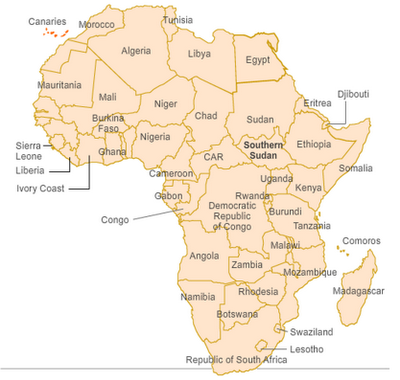 Finally, in a move to tighten standards, the National Ministry of Higher Education, Science and Technology in the Republic of South Sudan has ordered (with immediate effect) all private universities in the new country to close, saying they are not operating up to government standards. Dr. Peter Adok Nyaba, the Minister of Higher Education, said this decision to close the universities was reached following a Ministry-commissioned study conducted between January and February of this year.

The study focused on a number of factors among which included location, ownership, whether it has a sufficient number of lecture rooms, recreational and teaching facilities, qualifications of the lecturers and the administration.

There are at least 34 private universities and colleges in South Sudan in addition to some five public universities.