Malaysia aims to be sixth-largest education exporter by 2020 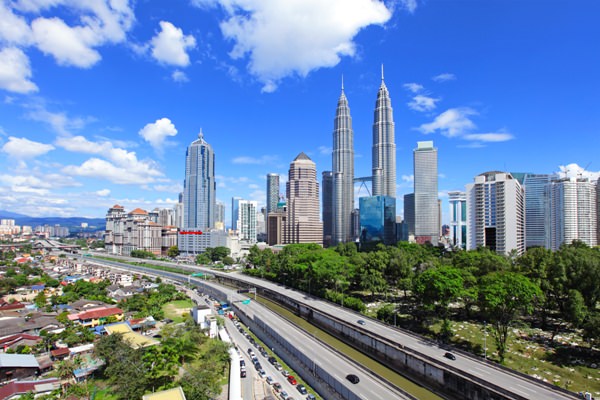 Malaysia is going all out to establish its reputation as a regional hub for higher education for students from across Asia – and the rest of the world.

“We have come to grips with the fact that the world economy is now increasingly driven by knowledge and innovation. The future economic growth and global prosperity will therefore depend on our success in making the pursuit of innovation through quality education as the prime mover of economic development,” he said.

The goal is to have Malaysia become the world’s sixth-biggest education exporting country by 2020 with a target of 200,000 international students.

In the government’s efforts to become renowned as a study destination it is:

Malaysia has already shown that it can harness its education sector to fuel economic growth. When it was devastated in the 1997 economic downturn, it decided to strengthen its education system as a counter to the damage by such means as:

Community engagement to be a Malaysian strength

A higher education specialty for which Malaysia would like to be known is community engagement. In early May, Universiti Kebangsaan Malaysia, or UKM, hosted the launch of AsiaEngage. AsiaEngage will be an “umbrella organisation for community-engaged universities,” comprising the Asia-Talloires Network of Industry and Community Engaged universities, the Association of South East Asian Nations (ASEAN) University Network and the ASEAN Youth Volunteer Programme.

The organisation was born of a belief that being active, responsive and engaged with communities is integral to universities’ purpose and strength. The idea is for universities to partner with both governments and NGOs to engage with communities – conducting research in them and also learning from and reflecting their perspectives and local wisdom.

University World News quoted Rajesh Tandon, an international expert on participatory research, on the importance of the AsiaEngage initiative:

“Many local people, he told the conference, have never entered the ‘sacred domes’ of the university, yet possess knowledge that is relevant and important. ‘There is a need to relate more practical knowledge with the more theoretical.’”

UKM vice-chancellor Sharifah Hapsah Syed Hasan Shahabudin commented on the importance of the Malaysian university’s secretariat: “Community engagement is one of our strengths at UKM and we are confident of leading on it regionally or even internationally. So having the secretariat here means we can lead, be part of the region, the ASEAN and Asia.”

The 142-hectare campus at Malaysia’s Educity Iskandar – which will open as a full campus in 2015 – is now set to comprise no fewer than eight foreign universities. Newcastle, Southampton, and Reading universities will join The Netherlands Maritime Institute of Technology and the Singaporean private university Raffles. Still in negotiations with the executive of the huge Malaysian “student village” are Australia’s Monash and a Californian cinematic art school, as well as one more unnamed international institution.

Educity Iskandar is one of Malaysia’s main prongs in the country’s effort to attract foreign students – the universities within it will be privy to elaborate sports and recreational facilities made possible by the shared organisation of the student village.

International universities, particularly those from the UK, cannot help but be intrigued. The Guardian quotes Reg Jordan, CEO and provost of Newcastle’s Medical School in Malaysia as saying:

“The World Bank will tell you that there’s going to be an increasingly exponential demand for higher education but it’s largely going to come from Asia and south-east Asia… The growth triangle of Singapore, Malaysia, Indonesia is a very big market. We already had a presence here so when the operation came to put our own full international branch campus, our building, our staff, right next door to where we have other interests that became a quite interesting proposition.”

Southampton’s Professor Mark Spearing, pro vice-chancellor, international – whose university will be opening a new engineering faculty in Malaysia in autumn of this year – said the location was a “very natural fit.”

He noted: “Malaysia is the hub of hi-tech industry … Dyson, Rolls Royce, Lloyds Register and BAE Systems are all interested in working with us and employing our students … one of the huge attractions of EduCity is the opportunity to share resources and spread risk and to concentrate on academic delivery.”

Another hub in the making is the Kuala Lumpur Education City, which is still under development but has two locations within the city planned. The hub will offer education from Cambridge Business School, Epsom College, and Universiti Sains Malaysia (and potentially other schools) to those in the region with an expected student population of nearly 30,000.

Malaysia and the UK intent on close educational collaboration

It comes as no surprise that three of the eight foreign universities who have signed up to participate in EduCity Iskandar are from the UK: Malaysia and the UK are growing ever closer in their desire to partner in education initiatives. Case in point: Times Higher Education reports that British Prime Minister David Cameron recently visited Malaysia to sign an education partnership agreement in a ceremony that also saw the announcement of two scholarship initiatives.

The Chevening Scholarships programme, which supports study by Malaysian students at UK universities, received funding from BAE Systems to double scholarships to 28 places. And 19 new engineering scholarships at the University of Southampton’s campus in Malaysia have been created thanks to Dyson and the Lloyd’s Register Educational Trust.

Times HE reports that “more than 14,000 Malaysian students are now enrolled at UK universities, with 58,000 studying for British higher qualifications in their own country.”

The country’s strategy also includes the development of the necessary research infrastructure to position Malaysia as a regional centre of excellence and the central node for an international network of academic institutions, companies and services.

The Multimedia University, nested in the Multimedia Super Corridor, is another example of an endeavor to attract foreign students with the perspective of working in an integrated environment combining academic excellence and private business.

If you build it, they will come, indeed

Malaysia’s concerted efforts to transition from a traditional source of students to an international study destination in its own right seem to be achieving the desired results.

Last year, the Malaysian government targeted 85,000 foreign students to be enrolled in its institutions but exceeded this number: 93,000 students enrolled.

With the ongoing developments at EduCity Iskander, the partnerships and research/scholarships collaboration with UK universities (and others), the building of academic and industry-linked specialties, the work in community engagement, and the marketing support, Malaysia is steaming ahead to meet its goals.