Starting from scratch: Afghanistan continues to build its education system

In December 2001, after more than two decades of armed conflict, Afghanistan’s Taliban government was toppled and a new administration formed under President Humid Karzai. As 2002 began, the country’s education system was effectively in ruins and a massive rebuilding effort was needed to create a system that could help build a better future for Afghanistan and its people. That process of building and rebuilding has been ongoing in the 12 years since and, in some respects at least, the progress has been remarkable.

Afghanistan is a landlocked country of about 31 million people in South-Central Asia. It is bordered by Iran to the west, Pakistan to the south and east (China even farther east), and Turkmenistan, Uzbekistan, and Tajikistan to the north. 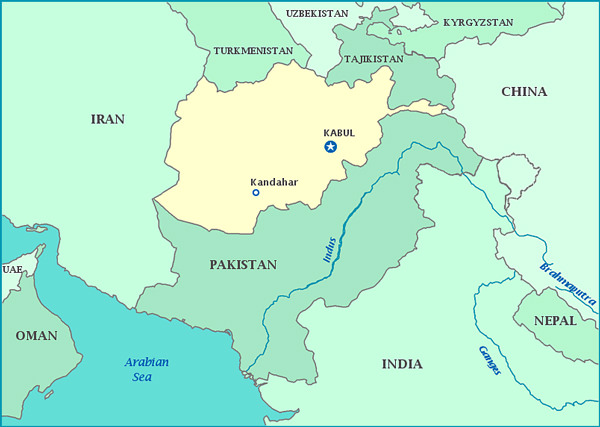 The country’s modern history has been, to say the least, marked by conflict. A series of coups in the 1970s gave way to the Soviet invasion of 1979 and then, ten years later, to an extended period of civil war. Beginning with the establishment of the new government and subsequent adoption of a new constitution in 2004, Afghanistan has been engaged in a long-running effort to strengthen the country’s institutions and public services, including education, health care, and transportation.

That work has often been carried out with the direct support of foreign donor countries and international institutions, notably the United Nations. USAID has been a major US donor agency and reports that from 2002 on, Afghanistan “has built more than 13,000 schools, recruited and trained more than 186,000 teachers, and increased net enrolment rates for school-aged children past 56%.”

Dr Saif Samady is the former chair of the Independent High Commission of Education for Afghanistan. In a 2013 paper on Afghan education, he says the new Constitution of Afghanistan, which was adopted in 2004, stipulates that:

Dr Samady’s paper also charts the dramatic growth in enrolment within Afghanistan from 2002 on. Enrolment in general education increased from an estimated 2.3 million students in 2002 to 8.6 million in 2012 – roughly 38% of which (3.2 million) were female.

Rounding out the picture, a 2011 study estimated the enrolment in technical and vocational education and training (TVET) programmes at a further 350,000 students across 600 public, private, and non-governmental organisation (NGO) training centres.

Student enrolment in Afghanistan, 2002 to 2012. Source: Independent High Commission of Education for Afghanistan

Needless to say, the country faces considerable challenges in spite of its progress since 2002, not the least of which are security and stability, literacy rates, and the need to expand education capacity further at all levels to accommodate the greater demand arising from new constitutional commitments to compulsory education.

And critics charge that while the government’s focus has been on building enrolment numbers, major quality challenges remain. Writing earlier this month in University World News, Dr Farid Saydee of San Diego State University, said, “Little has been done to reform the education system to reflect the needs of Afghan society. Institutions with low student capacity, outdated curricula and a lack of qualified teachers are among the challenges facing the Ministry of Higher Education.”

The UNESCO Institute for Statistics reports that the number of Afghan students studying abroad grew from 2,956 in 2002 to 9,754 in 2012. Mobility statistics are often tricky to nail down and especially so for a country like Afghanistan where historical data may be incomplete or simply unavailable. Published estimates of the current numbers of students abroad range from 10,000 (as per the UNESCO statistics) to as many as 15,000.

Most sources, however, agree that leading destinations for Afghan students include Iran, India, Turkey, and Saudi Arabia, followed by a range of host countries in Europe and the west. There is some anecdotal evidence to suggest that Iran has been less in favour in recent years due to more stringent student visa requirements. India, meanwhile, remains a popular choice due to both its proximity and affordability. As Al Jazeera reported in 2013, “Low cost of living, scholarships, familiarity with the country’s culture and language, good relations between governments, easy-to-obtain visas, and the use of English in the classroom are some of the main reasons Afghans like to study in India.” However, the report adds, “Those who can afford [to do so] go to Europe and the United States to study.”

As the four-fold increase in outbound student numbers over the past decade would suggest, the demand for high-quality education continues to grow within Afghanistan.

This is clearly a market, however, for which affordability is a key issue and whose economic prospects will no doubt play a big role in shaping demand for study abroad in the future.

In the near term, the World Bank is projecting a sharp reduction in GDP growth for 2014 and 2015, largely as a result of reduced in-country spending as foreign governments withdraw their armed forces. However, as an East Asia Forum column from last year points out, “Afghans emphasise they are a youthful and resilient population. The economic growth of the last year or two has not just depended on security, it has been the result of long-term investment in infrastructure and agriculture… Most of all, Afghans are determined that their hard work of the last 20 years has not been for nothing.”

Back to the quality question

Another major factor in the future demand for study abroad will be the quality of education at home. On this point, Dr Samady concludes, “The quality and efficiency of education continue to be a challenge (shortage and quality of teachers and faculty, lack of adequate physical and learning facilities including laboratories and libraries, out-dated curricula and lack of suitable textbooks, especially in vocational and higher education, absence of a comprehensive national strategy for science and technology and vocational training)… There is [however] a strong and growing demand for modern education and training for boys and girls in Afghanistan. The aspiration of the majority of Afghan people is for a better life, especially for their children.”

From the field: The new student recruitment landscape in Saudi Arabia https://t.co/aBaRbaw7gX https://t.co/4vEUkJYjA9 - 16 hours ago